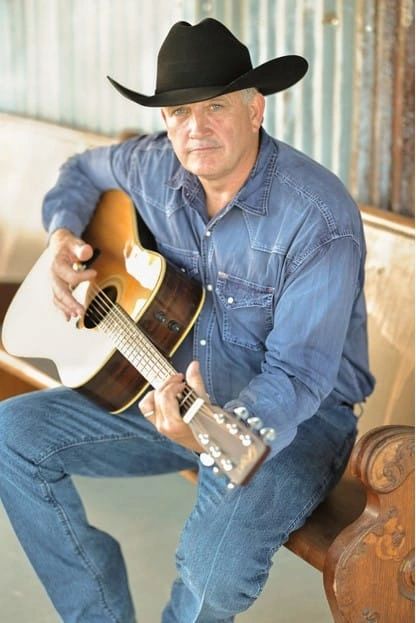 Growing up, getting out, and gotten wiser

A homegrown Texas boy, Kevin was raised in Sour Lake, Texas.  As a youngster he fed his love of music singing in church.  After graduating from Hardin-Jefferson High School he went on to serve his country as an Airborne Ranger with the 10th Mountain Division.  During his service in Fort Benning, GA, he taught himself to play guitar and at the urging of his fellow servicemen he played clubs in the area.

After his discharge he traveled the now famous Southeast Texas music circuit – the one paved by singers such as George Jones, Mark Chesnutt, Clay Walker, and Tracy Byrd. He wrote and released his first Houston recorded album and gained a large following in Texas and the Midwest. Songs from that album received airplay in 7 states and were featured in several national dance competitions. During that time, he was the opening act for such artists as Tracy Byrd, Ricochet, and the late great Chris LeDoux. He won prestigious awards for “Most Promising Writer” and “Most Promising Artist” at the 1997 Nashville International Country Music Expo. This recognition led to opportunities to write with major songwriters in Nashville such as Harley Allen and Terry McBride.

Looking to the Future

Life throws unexpected curve-balls that no one expects, like everyone, Kevin adjusted for those changes.  Now, after an extended hiatus Kevin is back doing what he loves, and his fans are ecstatic!

Sing Me Back Home

Sign up to hear about upcoming shows, albums, and events.